Did you know that we love Japanese food?

Yup, Hubs and I recall our dates at Japanese-style buffets in and about town.

We’d only stopped because we thought that our son had a shellfish allergy – he’d developed eczema as a baby and each time clams or scallops are added to his congee, he’d break out into a rash.

Whenever we go out for lunch on weekends, the kids will choose Sakae Sushi due to the cute bento sets for kids but one day, we decided to go for Sushi King.

A fish lover, this is the grilled fish he’d order off any menu in a Japanese restaurant since he was 5 years old. 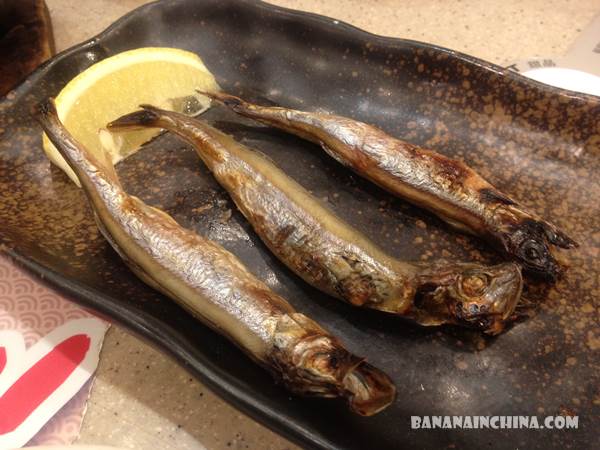 Grilled with salt, the smelt fish comes piping hot – he’ll squeeze the lemon juice over and I’ll help him get the meat off the fish bones.

A fan of salmon, he’ll also request for salmon maki. Hmm…is this a hoso-maki or a chu-maki? 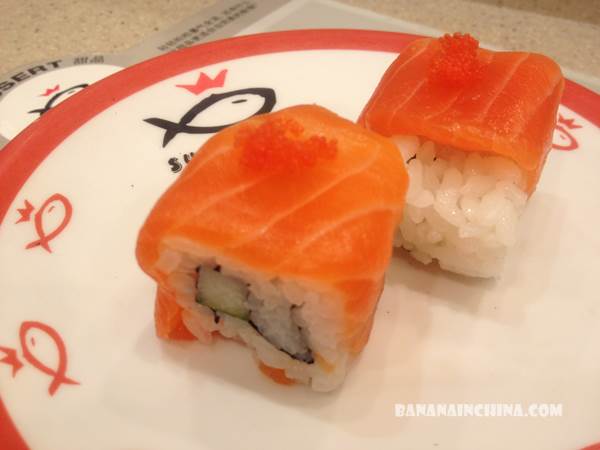 While he was tucking into his sushi, I chose this spicy cuttlefish as my appetizer 🙂 Thumbs up! 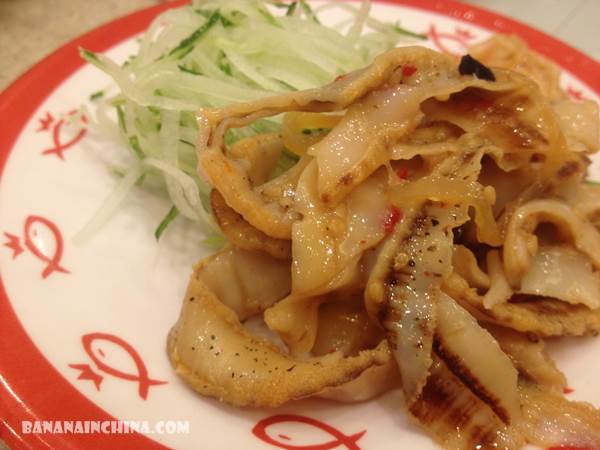 I also ordered this sandwich-style sushi because I love nori (seaweed). Another delicious starter. 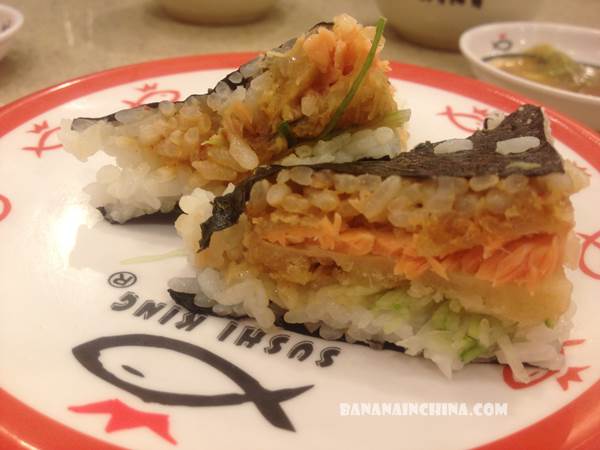 All of our meals must include some vegetables and so I went for this “salad”, which unfortunately came with fake crabstick and mayo drizzled all over it. -_- 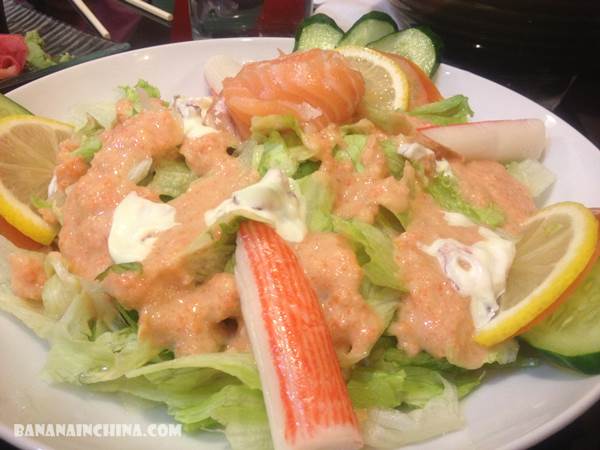 b) different foods touching each other

Thus, I picked out the bits of zucchini that had no dressing and far away from the raw salmon for them.

By then, our main meals had arrived and I realize how much SALMON there was in almost all the dishes. 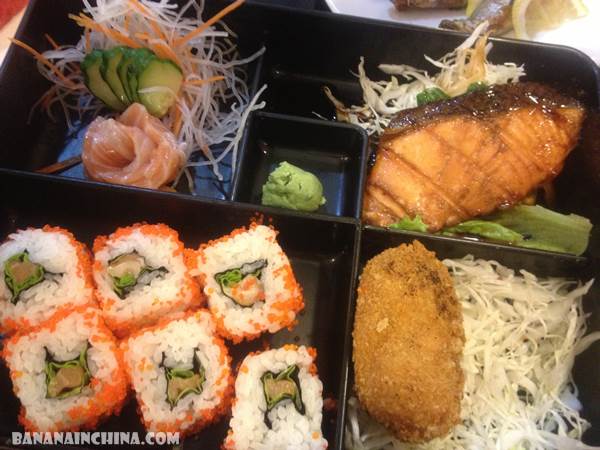 For such a health-conscious nation, I’ve always been mystified by ‘tempura’ until a Japanese friend told me that it’s not a traditional Japanese food. Batter-dipped foods were actually Chinese and Western influences haha. 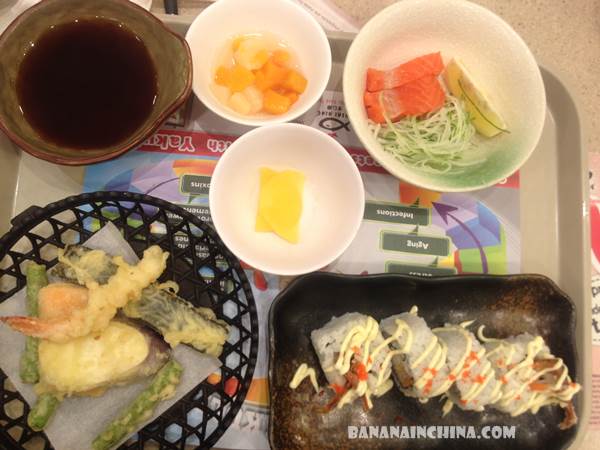 Anyway, I forgot to include the bowl of udon my son had because he’d immediately started slurping the noodles as soon as it was set down in front of him 🙂