During one of the parent-teacher conferences, my daughter’s class teacher told me to do that.

I was rather uneasy when she told me that.

How could I speak Mandarin with the kids?

My Mandarin is bad – I don’t want my kids to speak bad Mandarin too. I told her so.

Then, she told me that the kid REFUSED to speak in Mandarin even though the teachers, her classmates and everyone else spoke to her in Mandarin.

Will you believe that she would reply them in English? Evidently, she could understand Mandarin – she just refused to speak it.

Now, I understand why she walks ahead in stony silence even when everyone’s calling out greetings in Mandarin.

I realize that she’s going through the “I am not Chinese, I am English” phase her elder brother went through.

This time, I decided to do what the teacher recommended and started speaking to her in Mandarin as we walked home.

She stopped in her tracks. She stared at me unblinkingly when I asked her if she wanted a banana in Mandarin.

Then, she giggled and shivered a bit. Crazy kid.

I repeated my question and she yelled back in response, “不要! (bù yào)”.

I continued to chat with her in Mandarin until we got home.

When her brother came back, he too laughed and asked, “Why are you speaking in Mandarin? Are you X 老师 (lǎo shī)?”

Hmm…kids seem to think that only Mandarin teachers and Chinese people speak Chinese.

I told their father to join in the fun when he came home.

Soon, we were having a dinner conversation in Mandarin, which of course, consists of mainly “Bù yào wǎn 不药碗” (Stop fooling around) and gǎnkuài chī 赶快吃!” 😉

Now, her teacher tells me that she’s jabbering in Mandarin as much as the next kid. Yahoo!!! 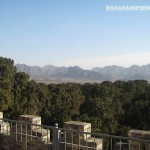 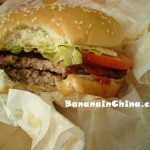 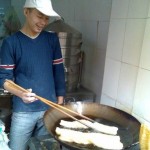