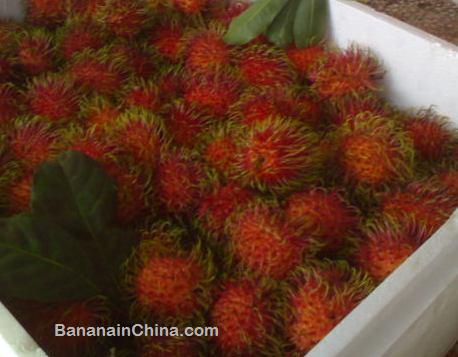 Rambutan is known as “hairy fruit” in English? Hahaha…

As you can see in the styrofoam box above, it’s imported. The fruit seller couldn’t tell me where it’s from though.

I bought some rambutan to try and gave a few to my domestic helper to try.


I asked her if she’d eaten them before, she said no. I showed her how to peel its thick skin to reveal the juicy, translucent flesh inside.

I ate one to show her its texture and also that I throw away the seed (just in case!). She kind of liked it and I felt happy that I’ve introduced a Malaysian fruit overseas 🙂

It’s fascinating how keen they are on trying new types of fresh fruits like rambutan.

What can I say?

Fresh fruits are an important part of the Chinese diet.