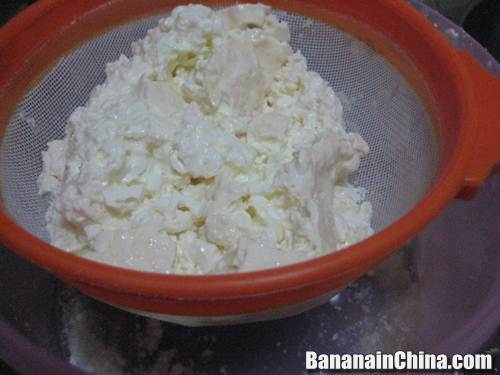 My mother-in-law introduced “kefir” (“kuh-fear” although many people call it “key-fir”), a natural probiotic food that can help you to lose weight, reduce blood sugar levels, maintain a healthy digestive system and give you beautiful skin 😀

I was bought over because my mother-in-law lost a lot of weight (esp. around her middle) and she had nice, glowing skin! She also reported regular bowel movements when previously, she could go to the toilet once every 2 days.

When she first described kefir to everyone, naturally, we were all disgusted because it sounded yucky! My father-in-law also mentioned that it’s difficult to eat…

I was put off by the sour smell especially as I dislike yoghurt. When I heard of how several family members had reduced blood sugar levels and an overall better health, I wanted to give it a try.

First thing in the morning, we were each given about 3 -4 oz of kefir, which is best eaten on an empty stomach.

Before eating mine, I added a handful of grapes, some cinnamon powder and even a bit of honey – that’s how I eat yoghurt!

FYI, I found that kefir tasted much better on its own because I ran out of grapes, cinnamon powder and honey by the time I reached the bottom LOL

Hubby agrees with me and we now eat ours straight, slightly chilled in the fridge.

Growing the grains of kefir

Below is MY first batch of kefir, which is about 8 oz from a starter batch of 3 oz: 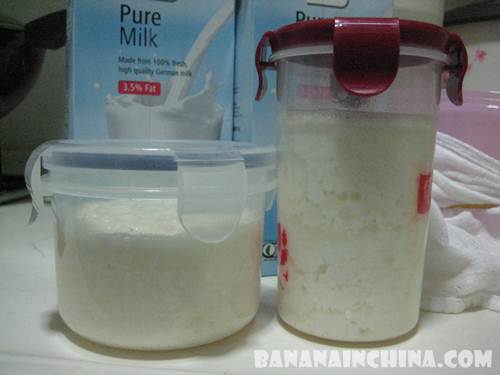 1. Since the kefir reacts to metal utensils, I needed to have a plastic/glass jar, a plastic spoon and a plastic sieve.

2. Place the batch of kefir grains (or cultures) into the plastic/glass jar. You can also buy Yogourmet freeze-dried kefir grains from iHerb. 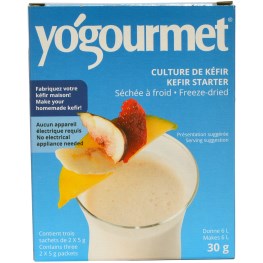 3. Pour fresh milk to about 1/2 of the container to cover the kefir grains.

4. To prevent flies, dust or any other foreign objects from falling in and contaminating the fermentation process, I simply placed the cap loosely over the glass jar.

5. Place the jar on the dining table, which is nice and warm (around 32 deg C) yet not too bright. I figured that bacteria (friendly or unfriendly) doesn’t really like the sun…

I gave strict instructions to everyone in the house NOT to open, shake or stir it!!!

Twenty hours later, I was delighted to see that the kefir grains and milk had separated into fresh kefir and whey: 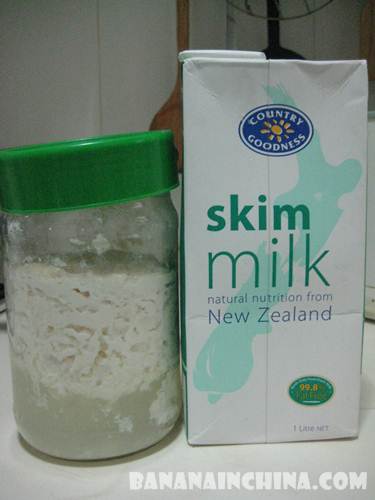 Here’s a close-up of the curd: 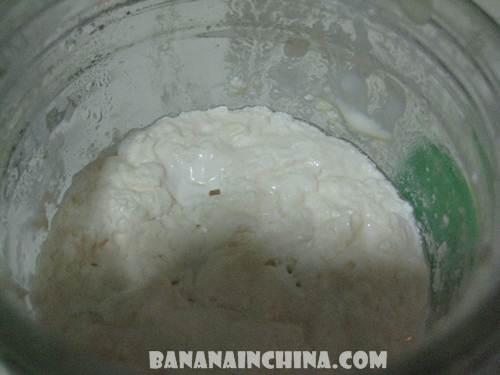 Smells ghastly though – it is fermented milk. 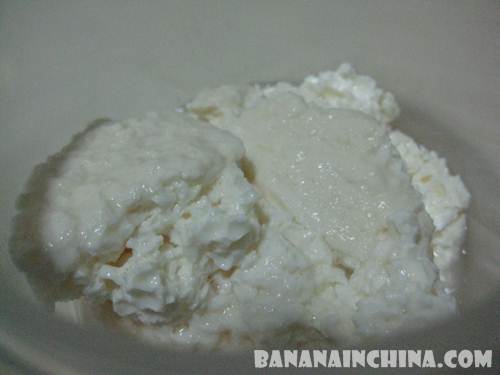 Hmm…it looks different from my mother-in-law’s kefir (refrigerated a few days) though and I wonder if it’s because I’ve been making it through the summer and the winter? 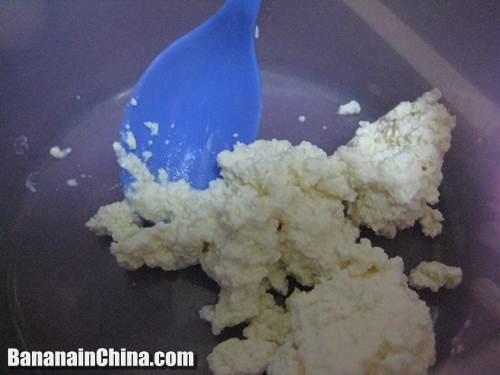 Now that we’re back in China where the temperature is 10 deg C during the day and 8 deg C at night, my kefir has not been doing that well 🙁

I have difficulty finding a warm place for them i.e. on top of the fridge, in front of the heater in the bedroom and next to my slow cooker (the kitchen is the warmest place in the apartment but even now, it’s a cool 18 deg C).

The kefir does NOT separate like it does in the photo above. Instead, I get a thick, curd-like mixture which is difficult to strain even after I left it for more than 24 hours.

During winter, I find that it’s best to begin with a fresh batch of freeze-dried kefir grains from iHerb.

Personally, we like this “winter” kefir because it’s got a fizzy taste to it.

Update: The best place is the top of the refrigerator.

Any noticeable changes after eating kefir for about 2 months?

Due to the above effects, I’m staying off kefir but continue to make it for the Hubs as he doesn’t report any side effects.