For example, “fong zhao” (in Cantonese) or “Phoenix Wings” are actually:

I love chicken claws since my beloved grandmother served braised chicken claws (or chicken feet) at the dinner table so it’s finger-licking good to me but I know some people recoil at the idea of eating “claws”. 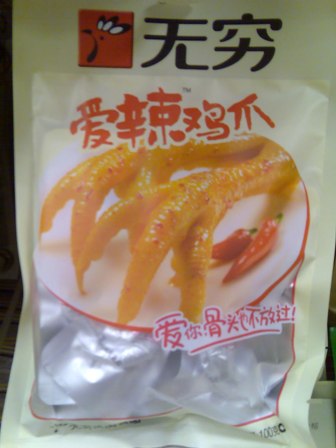 Actually, chicken wings are pretty much like the quintessential spicy American buffalo wings.

Chinese-style spicy chicken wings are marinated with cut fresh chillies, and probably vinegar and salt because they have a tangy flavor.


Recently, I ordered some take-away and I was cracking my head for something suitable that the kid could eat i.e. steamed fish, steamed pork, egg-based dish, tofu etc.

I told the waitress / cashier / receptionist that I wanted something soft that was suitable for children. She recommended me some “Tián jī“.

Of course, that’s a pretty dumb question because how the heck is she going to explain to me over the phone, right?

Anyway, she did and in the end, I said OK because she said that it’s “nice and tender.”

Luckily, Hubby came home at about that time and casually asked:

When I told him what I’d ordered, he said:

“Do you know that you’ve just ordered FROG???”

I quickly cancelled the order and replaced it with an order of tofu or something else.

Brrrrrr…just the thought of these slimy, warty creatures gives me the creeps, what more of eating them! 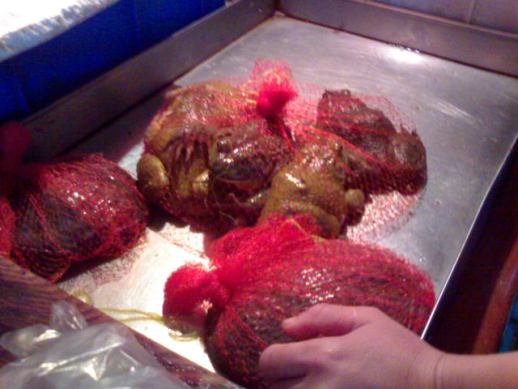 It doesn’t help either that my boy’s favorite Chinese songs has this line: