Coming back to Malaysia, I find that I need to prepare breakfast for the boy to eat at home or to go to the preschool.

In China, the preschool serves this daily menu ALL prepared in their kitchen:

In Malaysia, the preschool serves this:

– biscuits or breakfast leftovers and

Now, for a country like Malaysia that is known as a food heaven of Chinese, Malay, Indian and other foods, I find it shameful that our children are eating such a poor diet in the kindergarten.

We need a Malaysian Jamie Oliver to start a revolution in our preschools and schools!

After complaining to Hubby about it, I decided to prepare and then pack breakfast for him. 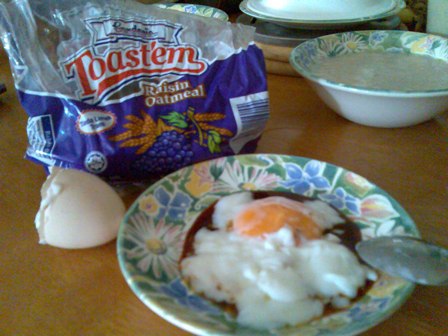 The next morning, he asked for the same raisin oatmeal bread again. When I asked what he wanted with it, he said “butter and jam”. I decided to pack it in the Thomas lunch box he got as a present last year. 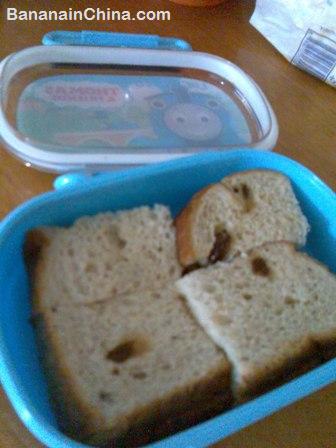 While cutting the sandwich, I asked if he wanted strips or squares and he said, “Square!” Ok, order noted down. The lunch box came back empty 🙂

I decided to try it on him but he said, “Wo bu yao. Peanut butter is not nice!“. Oh, well… 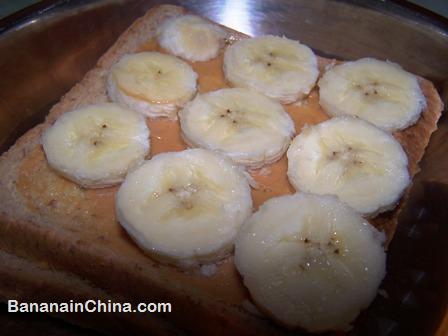 Bleagh…I wonder if it’ll work if I told him it’s Stitch’s favorite sandwich? (Well, it’s actually Elvis Presley’s favorite snack but he had his sandwich slathered with butter and deep fried. OMG!)

I was telling my Mum maybe my French toast is not tasty enough or moist enough because he liked the triangles but he’ll not eat the toast after one bite.

Since he has a sweet tooth, I tried dipping it in honey for him but he STILL didn’t like it. 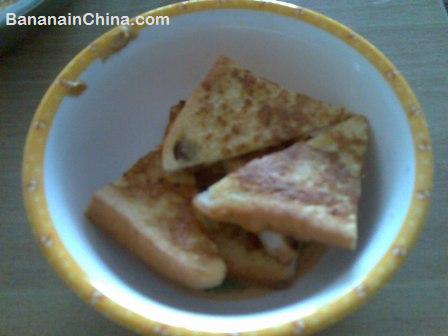 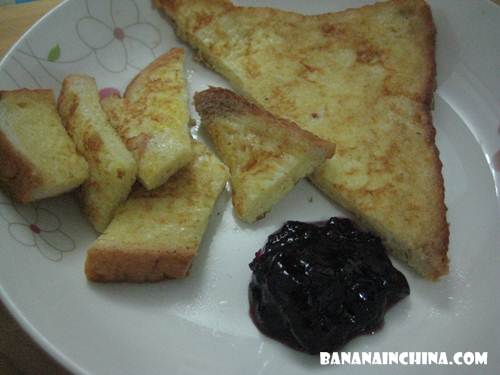 My little China man does not really like Western-style food. He’s not a fan of deep fried foods (which is good) and will only take spaghetti cooked in a simple tomato-based sauce (minus the herbs).

Since he’s eating very little cheese, I am almost half-mad thinking of various recipes for him.

In the end, he seemed to like this absurdly simple mac n cheese. 2 slices of Kraft cheddar cheese melted over boiled macaroni LOL! 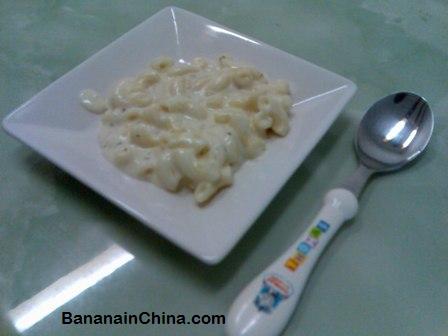 This little boy loves anything on buttered toast and I wanted to make half-boiled eggs again today. However, I left the eggs slightly too long in the water and got 3/4 boiled eggs. 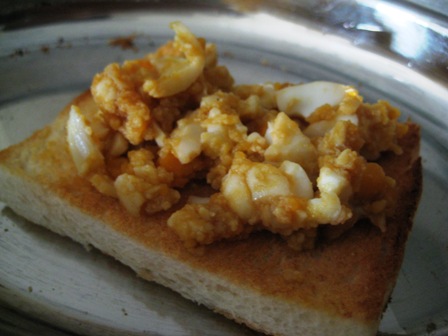 Sprinkling some light soya sauce and white pepper over them, I mashed them and spread the mixture over the toast. He didn’t mind eating them but when I asked if it’s nice, he said NO. But he opened his mouth wide “AHHH…” after he finished each bite. He’s as perplexing as a Chinese puzzle O_O

Last night, we had grapes for dessert and he asked to take them to school. Then, I boiled a sweet potato and remembered the pack of bento food picks my uncle got me:

Instead of giving him several food picks (and cause an uproar among the kids), I let him choose one to eat with the sweet potato. I was glad to see the lunch box come back all empty 🙂

So…does that mean that I’ll start bento-ing? 😉 Well, I won’t be going all fancy like some bento Mums but I’ll definitely be packing a healthy lunchbox for my preschooler!

What do YOU serve your toddler or preschooler? Let’s exchange menus 🙂