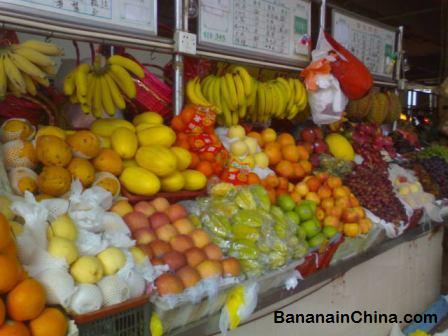 For all my life, I think I’ve only observed 清明节 Qīngmíng Jié once when I was about 4 years old.

I have a photograph of myself as a toddler enjoying a pink cupcake standing in front of my grandfather’s tomb. I vaguely remember it being an excruciatingly hot day with lots of dried grass and sandy earth.

I may have joined my relatives on another occasion when I was bigger but I’m not entirely sure.

I only recall my grandmother weeping in front of my grandfather’s tomb while my uncles and aunts gathered around her in sombre silence.

清明节 Qīngmíng Jié falls in the month of April where Chinese families gather at the family tombs to clear it of overgrown shrubs, repaint the tomb stone, burn joss paper and sticks and also offer a selection of delicious foods, which would be eaten by the living after the event.

Here’s a brief description from Wikipedia:

“The Qingming Festival in Malaysia and Singapore normally starts early in the morning by paying respect to distant ancestors from China at home altars. This is followed by visiting the graves of close relatives in the country.

Some follow the concept of filial piety to the extent of visiting the graves of their ancestors in mainland China.

Traditionally, the family will burn spirit money and paper replicas of material goods such as cars, homes, phones and paper servants. In Chinese culture, it is believed that people still need all of those things in the afterlife.

Then family members start take turns to kowtow three to nine times (depending on the family adherence to traditional values) before the tomb of the ancestors. The Kowtowing ritual in front of the grave is performed in the order of patriarchal seniority within the family.

After the ancestor worship at the grave site, the whole family or the whole clan feast on the food and drink they brought for the worship either at the site or in nearby gardens in the memorial park, signifying family reunion with the ancestors.”

I think that the family reunion after the cleaning and prayers is a nice way to honour the dead person.

Today, someone shared with me a hilarious story of how hungry he was as a kid that he wandered into Chinese graveyards and munched on the fresh fruit offerings!

Well, at least all that good food didn’t go to waste. What do you think?