by Asian Mom
in KITCHEN

When you’re far away from home yet you are yearning for a taste of Malaysia, what do you do?

Instead of forking out wads of Chinese yuan to eat at a Malaysian restaurant abroad, we resort to packs of “instant sauce”.

A1 is one of the brands, which claim “no MSG” or something healthy along those lines.

For the life of me, I have never eaten any spicy dish of such a name but the accompanying finished product photo looks like ikan masak asam pedas. That sealed the deal.

Anyway, I prepared the white fish and aubergines per the instructions and eagerly opened the pack for the magic “instant sauce”. 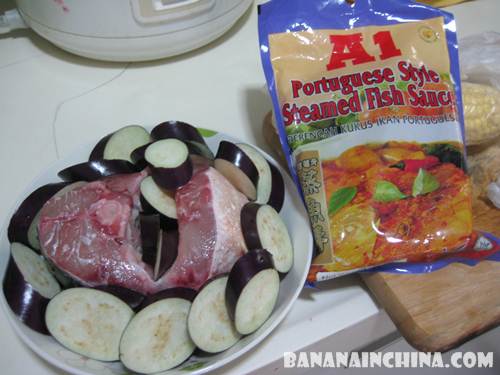 If you are alarmed at the sight of this brownish sauce, please note that assam pedas is made up of assam (tamarind paste, which is originally brown) and would have coloured the pounded herbs and vegetables. 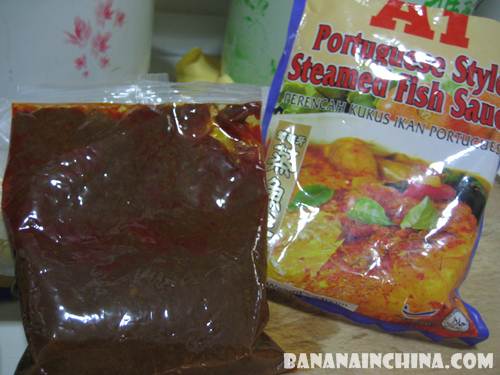 Somehow, my brain could not connect this brown sauce with the bright, orange gravy of ikan assam pedas…could the pack of instant sauce compensate for my “awesome” cooking skills?

If anything, I am entirely to blame for the lack of cooking skills due to years and years of burying my nose in books 😛 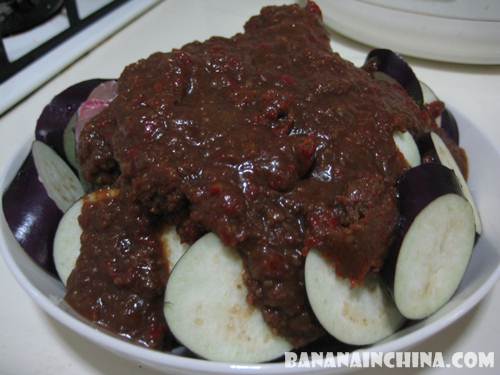 As you can see – the resulting “steamed Portuguese-style fish” did not look like the photo in the pack of instant sauce.

Taste-wise, the A1 instant sauce was quite delicious. I believe that I should boil or stir-fry the aubergine, and then add the paste to the lot in a casserole to steam in a wok. 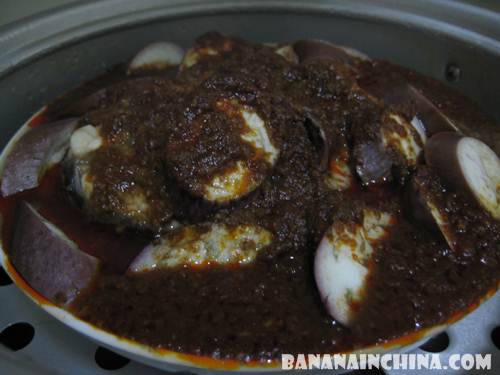 That’s it for this time, folks. Let’s give it another try, ok?