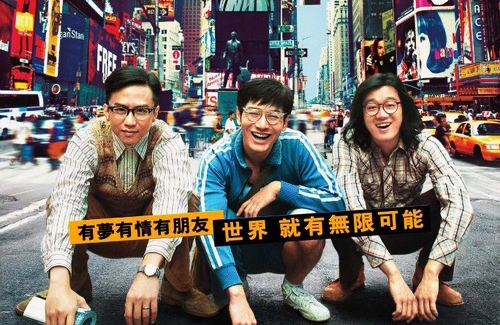 It has been interesting since I started this because I have a nice time getting to know young Chinese students. Most of them are born in the late 80s, which mean that many of them are the product of China’s “One Child Policy”.

Interestingly, a few of them actually have brothers and sisters but now, they are quick to point out if they mean a “cousin sister” or a “cousin brother”.

Being a 老师 is not easy because there are quite a lot of restrictions in China!

1. No discussions of religion

…unless it is directly linked to the course content. For instance, you could teach the word “church”, “mosque”, “temple” if the kids are learning about buildings. However, I could actually be arrested by the Communist Party members if I am suspected of converting any young Chinese e.g. “Would you like to go to church with me on Sunday?” O_O

2. No inciting of revolution.

No worries. I am such a peace-loving person, I run away from people with any radical or revolution tendencies i.e. the crazy ang moh or 老外 (lǎo wài).

By the way, I’ve discovered that 老外 lǎo wài is not necessarily a nice way to call a foreigner. In fact, I hate it when some shops call me, “你好, 小 老外!”

3. No unconventional methods of teaching.

I am lucky to not have experienced any disapproval / reprimands from the higher authorities yet but I have heard some foreign teachers complaining about having to teach English in a Chinese way (whatever that means!).

Synopsis: During the economic reform period of the 80’s, three undergraduates bind together by a common ambition – to live the American dream. They are Cheng Dongqing (Huang Xiaoming), a hillbilly who refuses to accept his destiny of being a farmer; Meng Xiaojun (Deng Chao), a self-confident, cynical intellectual; and Wang Yang (Tong Dawei), an idealistic romantic poet.

Xiaojun is the first to obtain an US Visa for studying abroad. Across the Pacific, Xiaojun fails to find a decent job and is driven to work as a busboy in a diner. Yang follows but decides to remain in China for his beloved.

Poor Dongqing is rejected by the US Embassy repeatedly. Baffled, he reluctantly accepts the job as an English instructor in the university but eventually gets fired for teaching tutorial classes in private. Dongqing decides to turn his tutorial effort into a fulltime business and summons Yang to help him along.

Xiaojun, having returned from America, immediately joins force with his buddies to establish New Vision Institute. With their unique charisma, they turn New Vision into an instant success and create a media sensation overnight. However, the sudden fame and fortune are gradually tearing their friendship apart. The media labels Dongqing the “Godfather of Foreign Study”. Xiaojun is not comfortable with Dongqing taking all the credits for something they’ve created together and Yang suffers between their conflicts. The company is on the brink of collapse, as is their trust to each other. Whether New Vision and the friendship can survive the test of time, we’re about to see.

4. Spying by the school authorities or Communist Party members!!!

Initially, I was puzzled by interruptions e.g. a Chinese man or woman quietly opening the classroom door and actually stood staring at the students. I asked if she wanted something but she simply smiled and looked apologetic (???) for interrupting the class. She went away but I’d catch her (or someone else) appearing at another time to observe the class or my teaching the class.

Later, I found out that Communist Party member “monitors” are elected in every educational constitution – they are to report back to the Party of any “suspicious” activities. Boy, did that freak me out a bit.

After a while, I got used to these “little ghosts” and just went on teaching. After all, I’m not doing anything wrong.

For now, the higher powers are happy with me because:
a) I come to class on time
b) I do not show up in class drugged, drunk or unshaven
c) I do not incite any anti-government sentiments and
d) The Chinese students are actually speaking in English!

I am quite happy with them because they are willing to try hard, especially the weaker ones who have NEVER uttered an English word in their lives.

After the students are convinced that I am not 神经病 (shén jīng bìng or crazy) when I shook them up during the first class, we are getting along nicely 😉

More importantly, they If I can help it, I will do my best to ensure that my batch of students go around the campus capable of engaging with other English speakers in a decent conversation in English.

They have just finished a simple assignment and I want to prepare them for more challenging tasks ahead.加油! 加油!