by Asian Mom
in BEAUTY

When you walk along the streets of China, you will see faces of Hong Kong celebrities like Carina Lau.

She was the face for SK-II and she stares at me from almost every billboard and poster on the streets of cities in China and mall buildings.

In 2006, Carina Lau was SUED by a 43 year old woman from the Jiangsi province for this claim about SK-II in a magazine ad:

According to this article in China Daily: Carina claimed that using the product for four weeks could help “reduce wrinkles by 47 percent and make you appear 12 years younger”.

She bought a bottle of skin-tightening, anti-wrinkle facial milk. But 28 days later, her skin had not become silky. Instead, her face became itchy and she felt a burning sensation.

Last month, China’s General Administration of Quality Supervision, Inspection and Quarantine found chromium and neodymium in nine SK-II products, including the one Lu used. The toxic heavy metals can cause dermatitis and skin rashes. Neodymium also causes harm to eyes, lungs and liver. They are banned for use in cosmetics in China.

If you don’t know who Carina Lau is, she is the famous wife of Hong Kong actor Tony Leung Chiu Wai, who is famous for his HKTVB series “Police Cadet” during the ’80s.

Charismatic, classy and chic – these are just a few of the words people use to describe Carina Lau Kar-ling, the actor and entrepreneur who turned 54 on December 8, 2019.

Personally, I am a bigger fan of Tony Leung and Maggie Cheung and less of Carina Lau…


Anyway, did you know that in 2013, she was nominated at the Cannes Film Festival for Best Actress for her portrayal of a struggling housewife in the movie “Bends” (Region A Blu-ray) (English Subtitled) China movie

BENDS straddles the Hong Kong-­-Shenzhen border and tells the story of ANNA, an affluent housewife and FAI, her chauffeur, and their unexpected friendship as they each negotiate the pressures of Hong Kong life and the city’s increasingly complex relationship to mainland China.

Fai is struggling to find a way to bring his pregnant wife and young daughter over the Hong Kong border from Shenzhen to give birth to their second child, even though he crosses the border easily every day working as a chauffeur for Anna.

Anna, in contrast, is struggling to keep up the facade of her ostentatious lifestyle into which she has married, after the sudden disappearance of her husband amid financial turmoil. Their two lives collide in a common space, the car.

SKII is actually a Japanese-brand beauty product made from fermented rice. 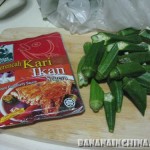 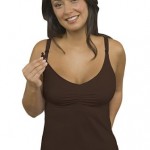 Mother’s Day Gift for the Wife