Since one of our visitors is diabetic, another has high blood pressure and another has high cholesterol levels, we decided to check out this POPULAR steamboat or hot pot (huo guo) restaurant.

A Chinese “hot pot” is a steaming pot of bone broth set in the middle of the table and you cook your own fresh fish, meats or vegetables in it. The ultimate comfort food for the cold season! 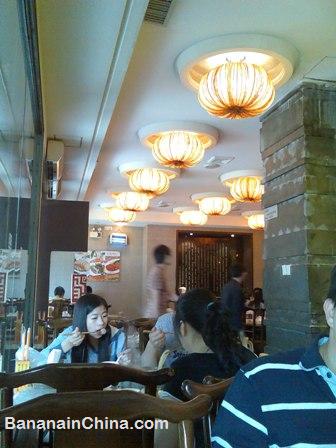 It’s so popular during lunch and dinner (especially for autumn and winter) that chairs are lined up outside the restaurant for nearly 20 people. Since I have shunned most Chinese restaurants for the greasy food, Hubby thought a steamboat would be a healthy option.

First, we were asked to choose a soup base. I wanted the clearest of all, which turned out to be a pork bones soup. The others, also pork bones, were too exotic (pardon this pregnant Mum) and Hubby warned that the lamb / mutton soup has a strong aroma… 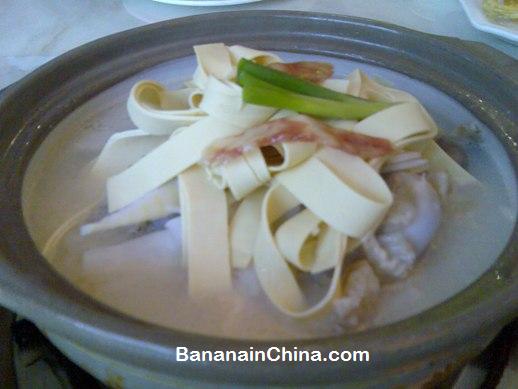 I was ravenous so quickly stuffed myself with rice (drizzled with the hot soup) and also picked out the least oily pieces of chicken from this cold, side dish.

Sigh, I’ve been craving for Hainanese chicken rice since day 1 so any steamed chicken looked appealing to me.

Hubby tasted it first and said that it’s a cold dish.

Surprisingly, the chicken was tender and tasty 🙂 Thank God for this hot pot restaurant 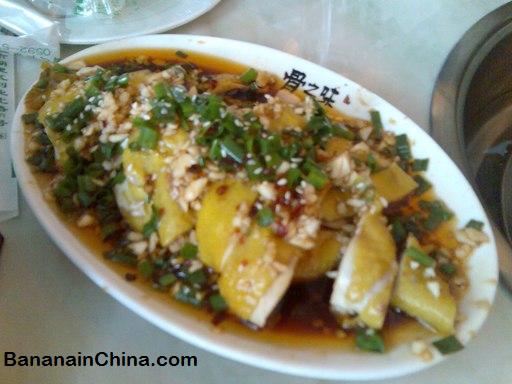 When the soup arrived, it was MILKY (aargh…my stomach already felt like heaving), which I now know as the Tonkotsu broth.

Now, if you are not a fan of lap cheong (waxed Chinese sausagages) and you are a few months pregnant, you can imagine how my appetite fell right through the floor! Bless my Hubby as he hastily picked the lap cheong off the soup…

Feeding the toddler was another challenge – he got excited over the fish balls but the minute he bit into the center of the Fuzhou balls and got a whiff of pork, he put it down.

Luckily, he agreed to nibble the parts of the fishball without the pork. I managed to get a substantial lunch into his tummy because he ate rice, three fishballs and tofu. I also added bits of soft chicken to his bowl.

To make space for the raw items, Hubby fished out two ENORMOUS bones from the steamboat. Check out the bone structure! 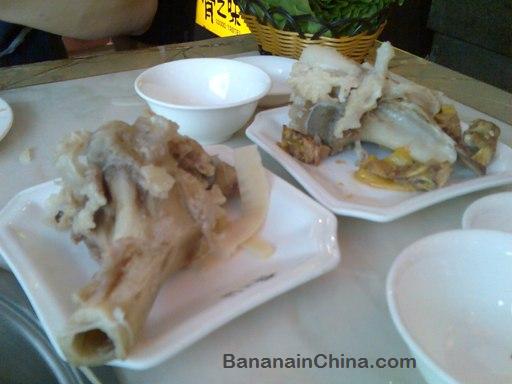 Spying on the other patrons, I noticed that some Chinese were nibbling and sucking on the bones.

Reminds me of the quote from Henry David Thoreau in the movie, Dead Poets Society:

Dining at this steamboat restaurant has been an interesting experience that we now like to have our own “hot pot” or shabu-shabu dinners at home.

All you need is a stainless steel pot, a few basic utensils, lots of fresh meats and and vegetables and Chinese soup bowls ^_^

To scoop up the cooked bits, you’ll need one of these spider strainers: 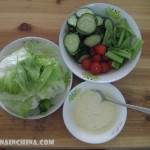 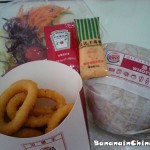